Sundays have always been one of my favorite days for many reasons. One of the reasons it's a fave is becuase it's probably the only day of the week that we are all home and don't have things going on! Here are some random things that we did this Sunday! 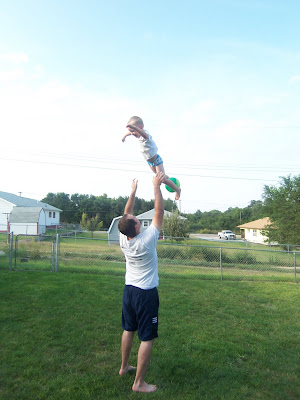 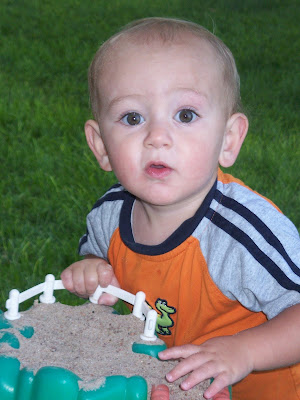 We went on a cecada hunt. These bugs invade Nebraska each summer and are the loudest, biggest bugs I have ever seen. They live up in the trees and they are all you can hear during the day. About this time of year, they shed their exoskeleton on tree branches and eventually die so they are all over the ground. One of Carson's favorite things to do is go outside and count all the "skins" on the trees, and then go around the yard and find as many dead bugs as we can. These are the ones that we found yesterday on our hunt. There were actually 2 more, but one flew away (guess it wasn't quite dead) and the other one the dog ate...he loves to "play" with them. Right now, there are about6 exoskeletons on our trees. The boys went and played disk golf today and they counted 18 of them on 1 branch! 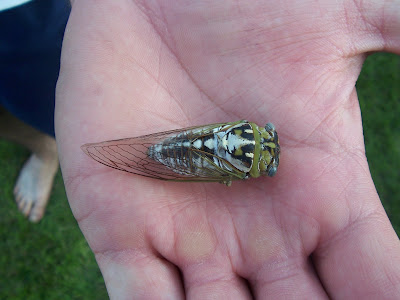 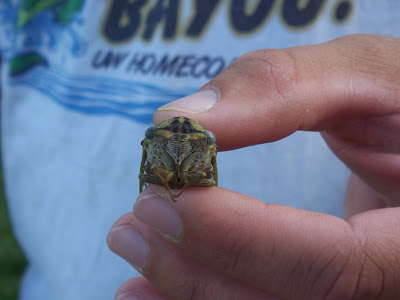 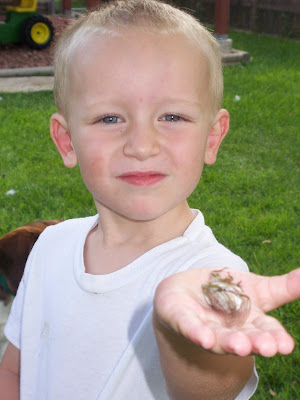 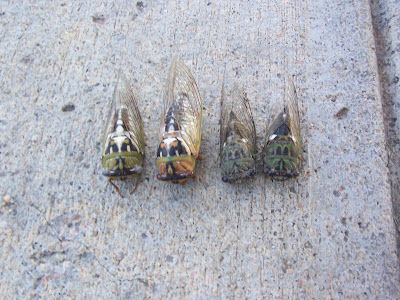 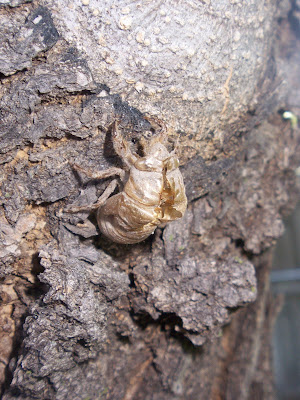 We also had a sword fight! 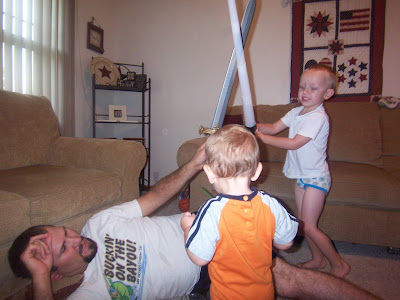 Boys will be boys!! 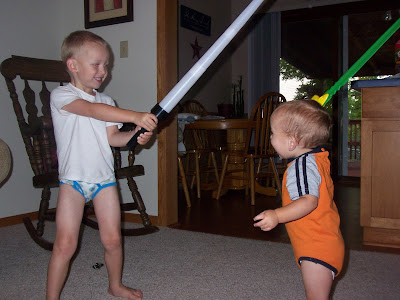 And just becuase it's funny...I was folding clothes yesterday and Travis thought it was the funnest thing to wear his brother's underwear! He'd find a pair, bring them to me and want me to put them on him, so he wore a pair of underwear for most of the afternoon! He thought he was pretty cool! Maybe this is a sign that he'll be easy to potty train... 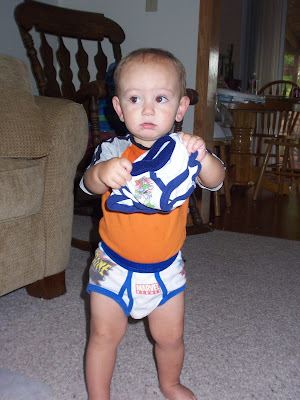 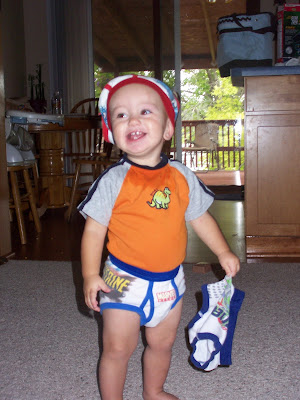 I just love Sundays, but mostly I love them because I get to spend them with my family!!

We had cecadas in Delaware...YUCK!!! They ate al my flowers...
Looks like you had a great family day! Cute boys, Jill!

oh what fun!! Love the pic of travy wearing all the underwear haha ...classic!!

The underwear are way too cute, and the bugs look yucky!

Looks like a fun Sunday. The pictures of Travis with Carson's underware are hilarious. Hey when are guys going up to Lovell? We want to go up around that time also.

I love Sundays for the same reason.
Those bugs look sick, but your boys sure look cute. :)