This weekend, we took the boys out to the lake to go fishing, or shishing, as Travis says! I have to say, we were quite successful considering our bait...week old dead worms from a previous fishing trip Christian took. The first half an hour the boys were casting their lines out as far as they could and didn't catch anything...only to discover that the best fishing was right out in front of them at the end of a rock. They would drop their lines just past the edge of the rock and immediately pull out a fish! Carson was in heaven!! Carson caught atleast 6 fish and Christain caught 3 or 4. It was so fun to watch Carson as watched his bobber closely (to see if it went under the water) and then reel in his catch! Travis was not so excited about the fish, which really surprised me, but had no problem occupying his time by throwing rocks in the water! After the boys started loosing interest in the fishing, we decided it was time to eat. We packed a picnic for dinner and enjoyed it at a near campsite. It was a beautiful, warm day and even cooled off a little while we were out there, making it even more enjoyable!! 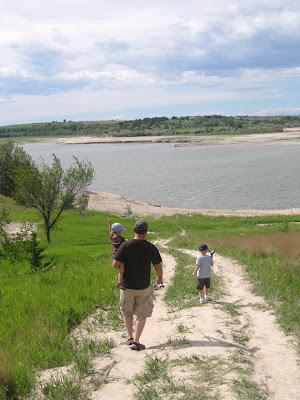 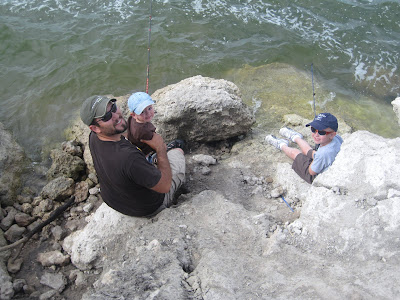 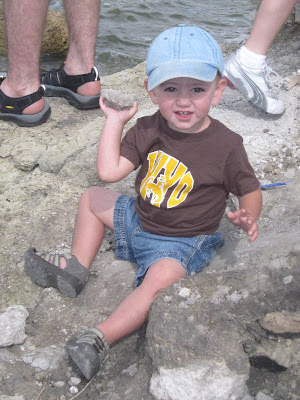 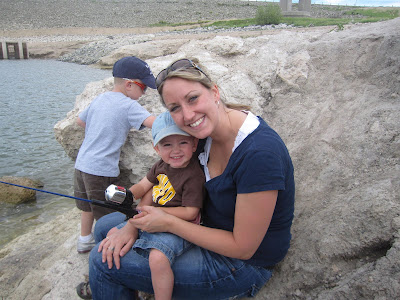 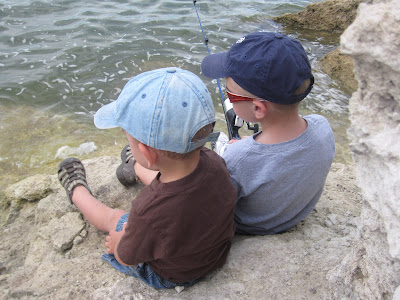 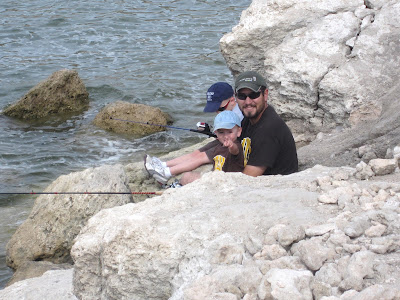 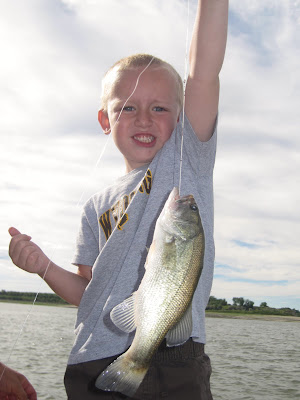 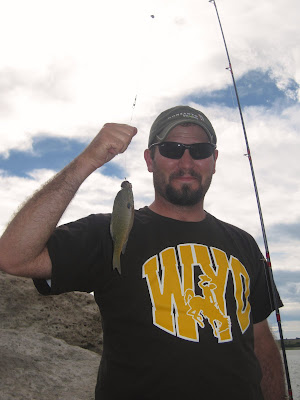 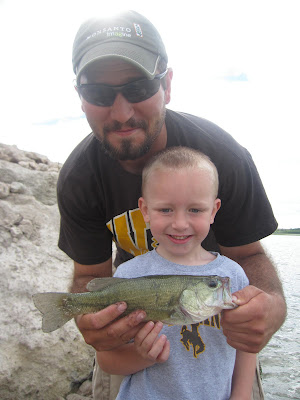 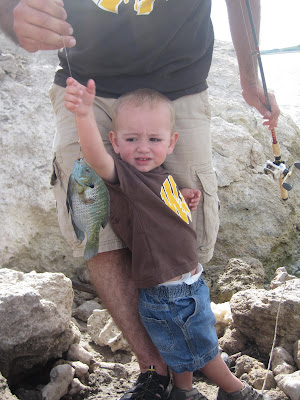 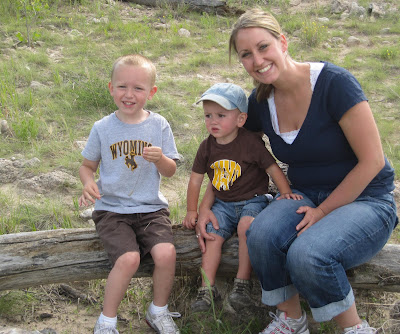 This picture cracks me up! I was ahead of the boys and when I looked back while I was waiting for them, this is what I saw...silly, silly boy!! 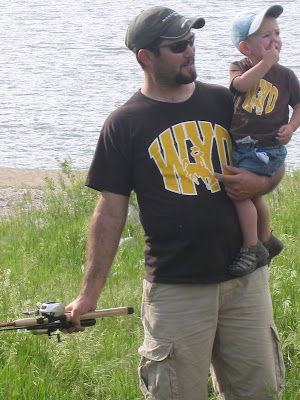 As we were leaving the lake, a mommy turkey and about 10 babies crossed the road right in front of us! 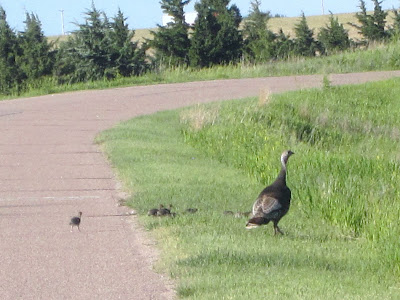 I feel like I'm being brainwashed with all those Wyoming shirts! hehe (While getting ready for church this morning I tried on a brown dress with a yellow shirt underneath and told Kevin that I really didn't like the yellow shirt with it. He said it was because they were UW's colors! haha) Still love you guys!

hahaha what fun!!! Love the pic of the boys sitting on the rock together...and the one of Travy mining for gold!!! Can't wait to see you guys!!

Looks like a fun trip...even if one of your boys was not fishing for fish (boogers).

Fun!!! I think that the little boys are at the age where they just can't get enough throwing rocks in the water. If there is a 2inch puddle, Wyatt has to stop to chuck a rock in it!

Cute pictures! I love the one of you and Travis (he is growing so fast!) and the one of the boys sitting together. CUTE!

Sounds like a good time. I love the picture of the boys sitting together on the rocks. So cute. Too funny that Travy has his finger clear up his nose. Love and Miss you guys.