Now that it's almost a month later, I decided I should blog about Carson's birthday! Carson's official birthday was Sunday, December 5, but we partied all week. On Tuesday, Carson got to take birthday treats to school. He chose to take chocolate chip cookies and milk (one of his favorite treats). He was so excited to get to wear a birthday crown at school all day and was surprised to get a new book from his teacher. 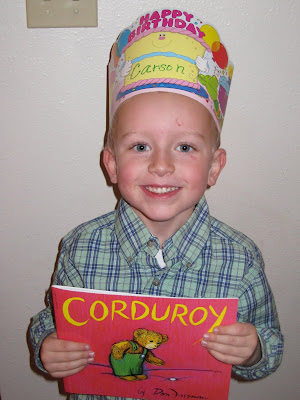 That Friday, we had a friend party at our house. It never fails that his birthday sneeks up on me! I need to remember that I should have things all figured out for it before we leave for Thanksgiving. We decided to throw a ninja turtle party this year. When Each kid arrived, they were equipped with a turtle mask and belt. After a little playing, we ate some lunch consisting of pizza (a ninja turtle fave) rolls, veggies, green jello and cool aid, and cheese and crackers. 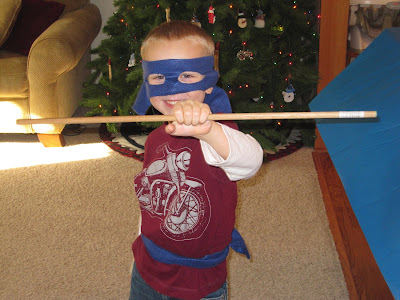 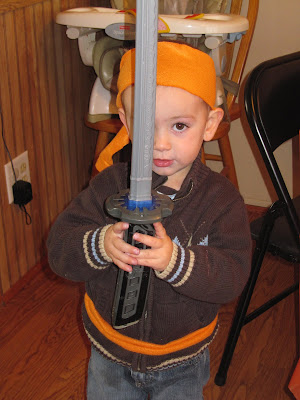 After lunch, the kids enjoyed playing pin the mask on the turtle, our version of duck, duck, goose... turtle, turtle, shredder, and we attempted a gift game, but that didn't go over so well! 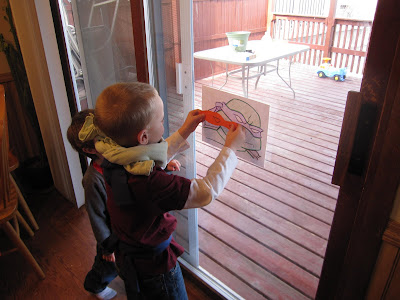 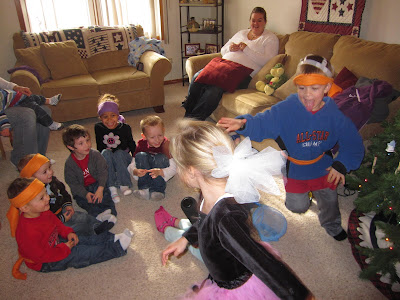 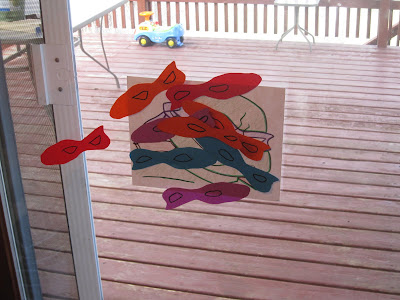 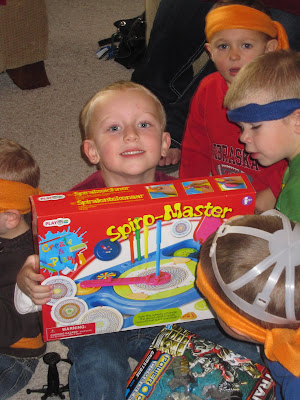 After games and gifts, we sang to the birthday boy Happy Birthday and enjoyed some ninja turtle cupcakes and ice cream. 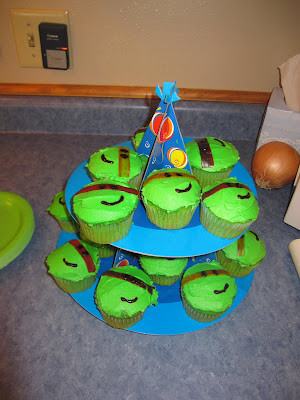 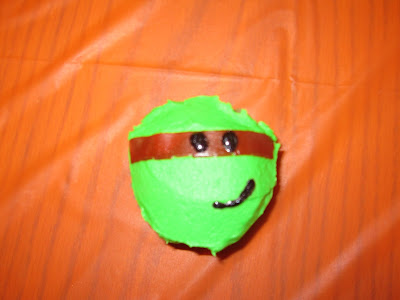 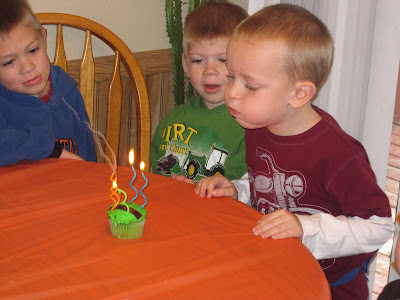 After we had all the fun we could handle, the kids got to fill their pizza boxes with goodies of their choice. 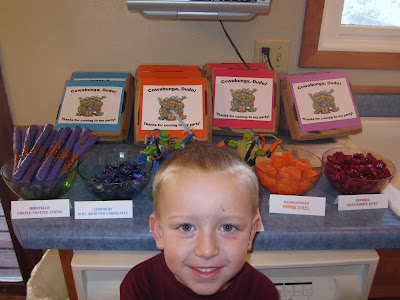 Thanks to all of Carson's friends for coming and celebrating his specail day with us!

Sunday, Carson's real b-day, we invited a family over for dinner from church to celebrate with us. They have some older youth in our branch that my boys absolutely love and when I asked Carson who he wanted to invite to his birthday, they were amoungst the names listed. Since they wouldn't be able to make it on a week day because of school, we had them for dinner and desseret on Sunday. They came and partied with us and even brought Carson a straw hat and real multi-tool...a boy's dream! Later that evening we opened gifts just as a family. Carson got lots of cool legos, some clothes, new cowboy boots, a bug hunting set, and a new nerf gun. Thanks to all our family who thought to call and wish Carson a happy birthday and those who sent gifts. Carson had a great couple of days! 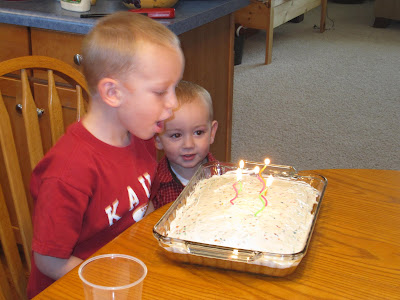 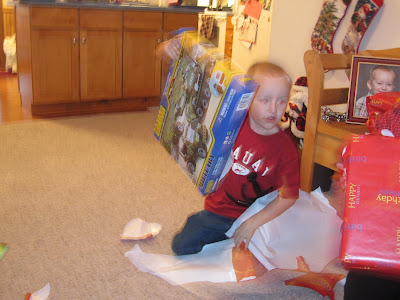 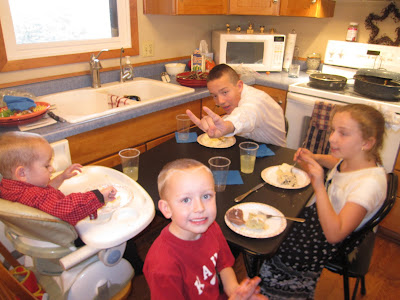 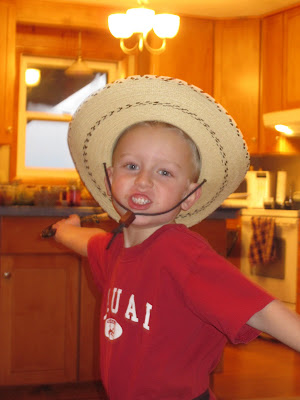 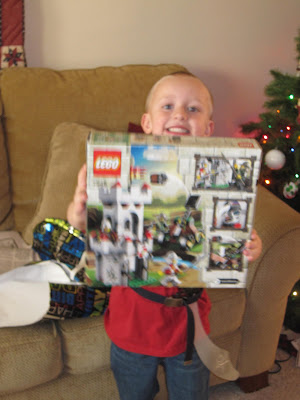 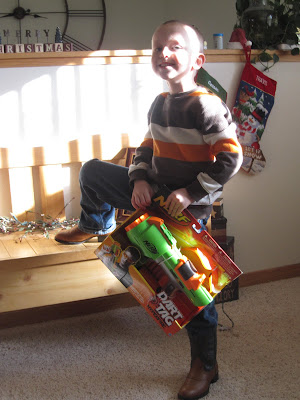 We are so glad that Carson came to our family 5 years ago. He is loving, a good friend, considerate, a good helper at home, and has the one of the best smiles in the world! At five, Carson loves:

*playing with friends...he is such a social butterfly!

*pretending to be different characters from the movies he watches

We love you, Carson!

yaay! I've been waiting for this post...it looks like such a fun party...you go all out, my sister! Super cute! Can't wait to see you guys :)

What a fun birthday Carson had... I love the cupcakes you made super cute. Can't wait to see you guys

Fun stuff! Those cupcakes are the cutest!