It's beginning to look a lot...

Like the Christmas holiday around here. We don't have any snow, but we have been busy doing some fun Christmas things. a couple weeks ago, my sister-in-law and her kids, my mother-in-law and the boys and I went and visited Santa and participated in some holiday crafts. They kids were so excited to see Santa and to tell him what they wanted. Carson told Santa he wanted a truck and Travis told him he wanted a tractor. After visits with Santa, the kids make some ornaments, got their faces painted and then enjoyed some cookies and punch.

The kids waiting to see Santa 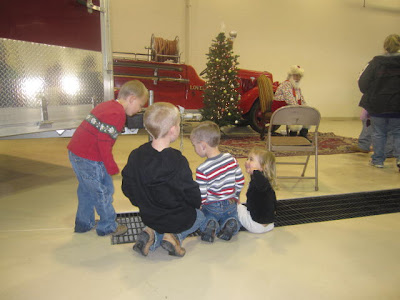 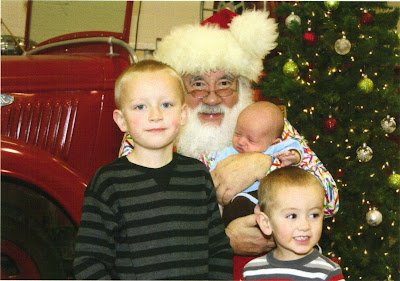 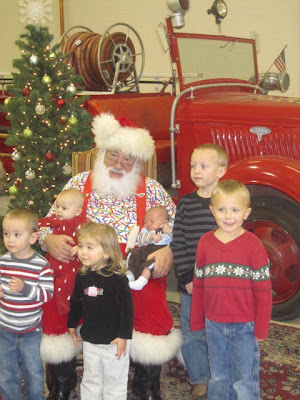 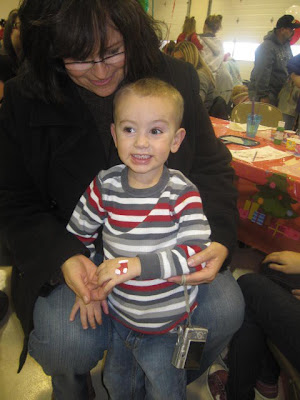 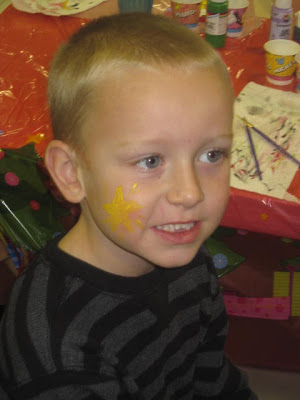 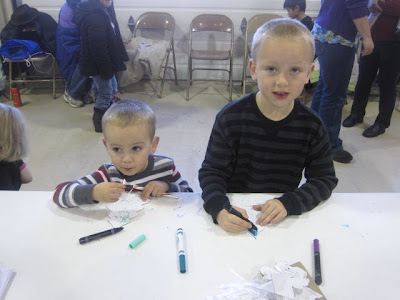 The group getting ready to head out and after our fun! 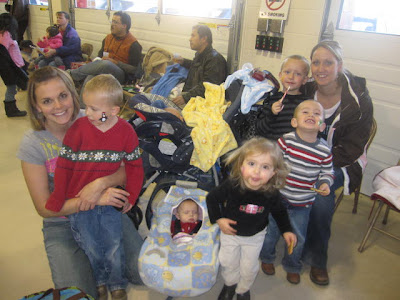 Yesterday, my mom came over and helped put up our lights outside and put the tree up. Travis told her that him and her were going to put lights on the fence and I was going to put them on the house. We haven't got them on the house (and might not get there), but the fence looks really pretty at night. Good job Travis and Grandma Foulger. We put the tree up and the lights on it while Carson was at school and then waited for him to get home from school to decorate it. They had a blast putting all the ornaments on and keep saying how pretty it was. It was so fun to listen to them talk about how beautiful and awesome and pretty their tree was! After dinner, the boys had a dance party in front of the tree. They wanted to turn off all the lights except the tree lights and the ones in th window and jam out. They tried to get uncle Jacob to stay and dance with them, but for some reason...I don't know why...he had to go! :) They were funny to watch. Carson had done Zumba in gym early in the day and had requested the "Dynomite" song to dance to beause they had learned some moves to it in gym!
Travis helping separate out the different size of branches for the tree 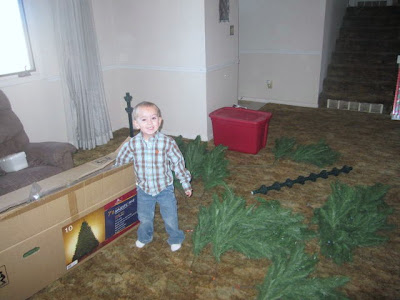 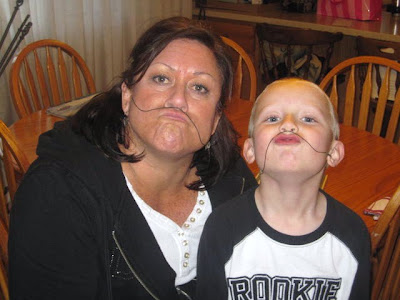 Grandma holding Landon while I put up the lights onthe tree 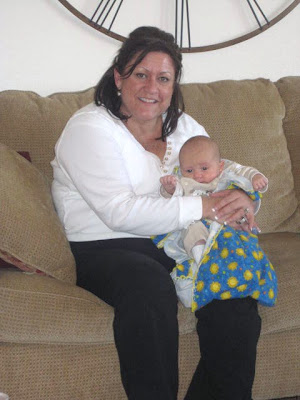 Travis and Grandma working hard on putting the lights up on the fence. 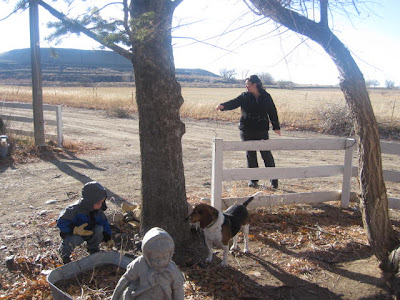 The boys decorating away. I had to go back last night after they were asleep and rearrange some of the ornaments so all sides could have some. 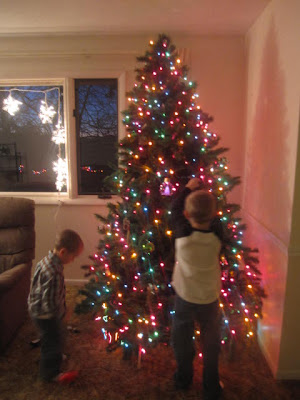 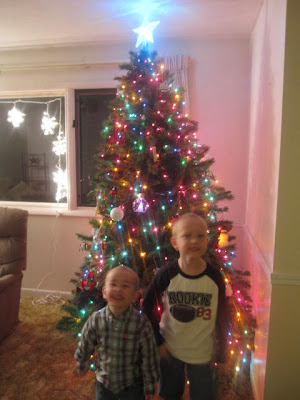 Uncle Jacob delivered our fresh wreath last night and hung it on the door for us and burned the garbage for us too while he was here! Thanks for being a good helper, Jacob! 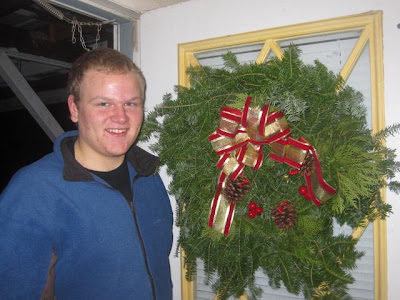 I wanna have a dance party in front of the tree!! Too cute :)