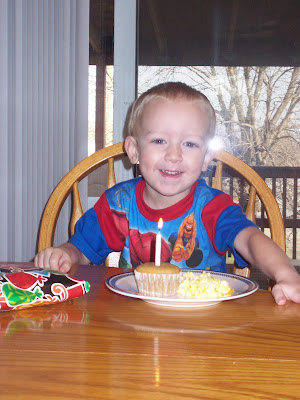 Last night was Carson's little birthday party with his friends. We decided to have a bug themed party where we had dirt cups instead of cake. Once everyone arrived, we let the kids play together for a while and then we had the kids play pin the stinger on the bee. Only two out of the 5 wanted to do it with their eyes covered, but it was still cute to watch them. After this, we ventured outside to the deck where they got to do a spider pinata. They seemed to like this a lot better...must have something to do with the fact that there were mostly boys and you know how boys are with sticks...! After the pinata we had dirt cups and opened gifts and then the kids played together some more. It was a fun little party...not too big...just the right size!
The decorations 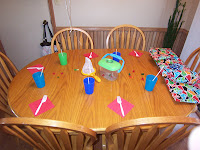 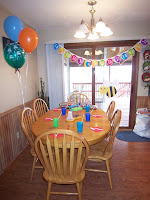 Playing pin the stinger on the bee 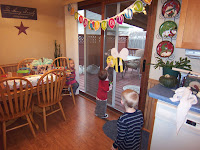 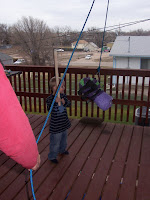 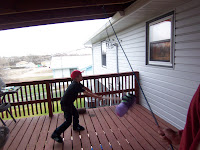 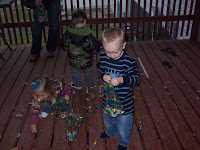 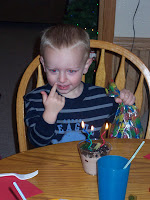 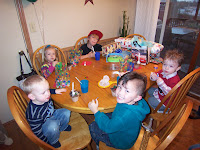 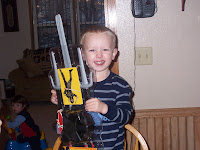 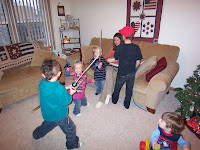 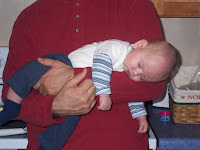 Happy Birthday Carson! You are so brave, Jill! I have yet to do a birthday party for A.J. that included children his own age...just family so far. Maybe I'll break down next year! And just to answer your comment on my page: YOU HAD A MOUSE RUN ACROSS YOU WHEN YOU WERE SLEEPING?!!?!?! SICK!!!! I probably would have been terrified to go to sleep after that...oh so gross...

I still can't believe Carson is that old!! What a CUTIE!! Looks like a FUN party!!