Easter Sunay was great this year. The boys woke up to find that their baskets that they left of the the Easter bunny we no longer on the bench where they had left them, and Travis was quite mad about it. They discovered that the Easter bunny had hidden them and they had to find them on their own. We attended church in the morning which was actually Stake Conference for us and got to sit with all of Christian's family...we actually took up one whole roll in the cultural hall. After church, we had lunch at grandma and grandpa Asay's house. We enjoyed a yummy ham, salads, rolls and dessert. After lunch, and a walk down to the corrals to put Landon to sleep, we came back home and enjoyed a visit from grandma and grandpa Foulger. It was a great holiday and were so glad that we were able to spend it with family.

The boys when they discovered that their baskets were no longer in the spot that they left them. 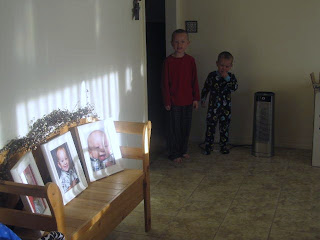 Looking for their baskets. 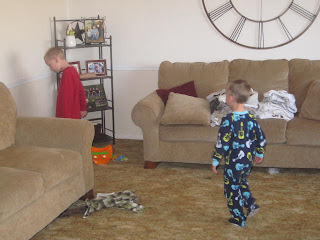 Travy found his between the couches first and was super excited about the 8 seconds movie he got. The Easter bunny must have known that ours was scratched and needed a new one. I guess that's what happens when you watch it over and over and over and over! :) 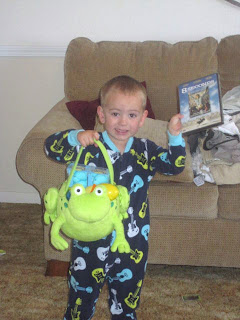 Carson found his in the closet. 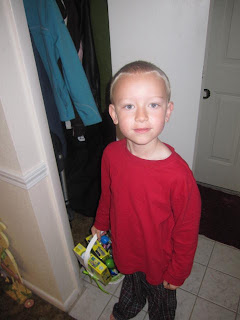 All three boys and their baskets. 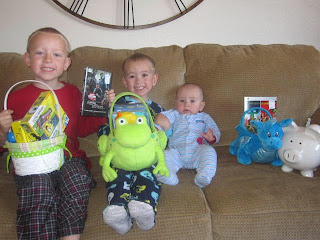 I had to include this one because Landon is making "the stink" face (where he scrunches up his nose and breaths really heavy through his nose) in it and it cracks me up every time I see it! 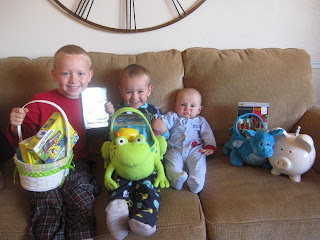 Checking out what they got in their baskets. 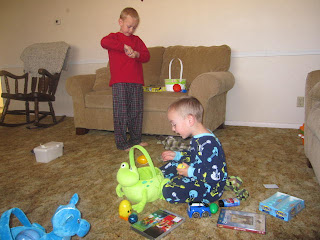 The boys got matching ties in their baskets this year and they sure looked handsome. This was after church and Landon was very much ready to eat and take a nap at this point! 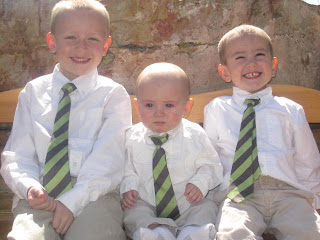 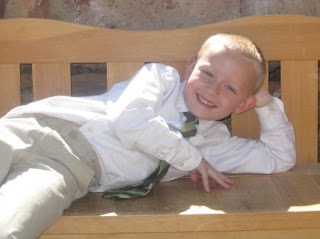 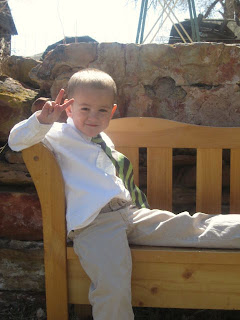 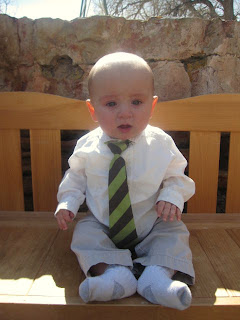 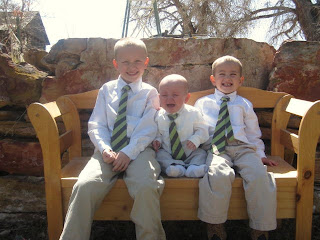 The boys look so cute in their ties. I love Landon's stink face

Love the matching ties! The boys are so stinking cute.